PATRIZIA SAGLIO, founder of Collina Italiana (CI), was born in Lugano, Switzerland and grew up speaking Italian, French, and German. She graduated in political science from the prestigious Universita’ Cattolica del Sacro Cuore in Milan, where she worked for several years as an assistant professor and private teacher of Italian and French to college students and in international corporations.

Patrizia moved to New York in 1998 and after a stint as co-owner and manager of an international trade company she decided to open an Italian language and cultural center on the upper east side of Manhattan in 2007. 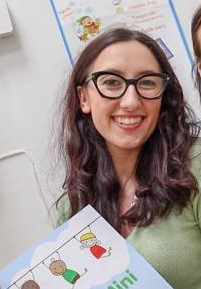 CRISTINA CIARCELLUTI, program coordinator at CI, was born in Pescara, Italy. She moved to Forli at the age of 19 to study International Relations and Diplomatic Affairs at the University of Bologna. Widely traveled, Cristina attended language courses in England, France, and Russia. Having lived in Estonia for a year, she’s also competent in the Estonian language. During her years at the university, Cristina volunteered in hospitals as a teacher and translator for both children and adults.

Talented in Public Relations and Social Media, Cristina approaches all that she does with energy and a sense of fun. She enjoys living in New York City where her interests in singing , theater, and reading are easily satisfied. 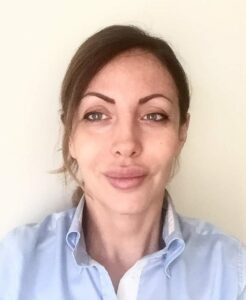 ILARIA COLOMBO was born and raised in Varese, Italy. She attended the Università di Lettere e Filosofia of Milan where she graduated with honors in Ancient Roman History. Since then she has taught in many institutions and school all over Italy, and has continued her teaching in the US as well.

Before moving to New York, she worked as Head Italian Teacher at “Language and Enrichment Center-Let’s Play in Italian” in New Jersey. There she developed an Italian immersion classroom curriculum for preschool and kindergarten classes and instructed private and group Italian language lessons to a variety of adults and children on all levels: beginner, intermediate and advanced.

She has always enjoyed studying languages, traveling and learning about different cultures. In her spare time she enjoys reading, going to the movies and discovering new and unusual spots in New York. Her passion is to open the eyes of both adults and children to the beautiful language and culture of Italy! 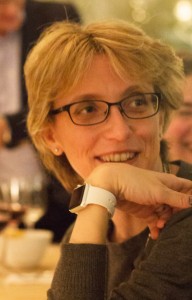 ELEONORA CORRADI was born and raised in Milano but studied and worked in Milan, London, Paris, Bern, Grenoble and New York. She is fluent in Italian, English and French and has also studied Spanish. She has a PhD from “Politecnico di Milano”, where she taught for 5 years, as an assistant teacher. She has been a technical translator since 1995 and worked for many international companies such as Microsoft, Ernst & Young, and Zanichelli Editor to translate scientific books and articles, technical procedures and reports.

Eleonora moved to Paris in 2000 and there she started her own translation company and also began working as an Italian teacher for Interface Business Languages. She moved for the second time to New York in September 2015 and now teaches adult classes at Collina Italiana.

In her free time, she loves to solve crossword puzzles, read mystery books and watch movies.

LINDA DE LUCA was born in Milan and moved to Varese at the age of 11. She earned a Master Degree in Literal & Scientific translation in both English and French after graduating in Translation and Interpretation at ILSIT – Varese. She attended language courses in Ireland, Belgium, England, France, USA and has accomplished fluency in English, Spanish and French.

She has worked as a simultaneous/consecutive interpreter for American and Italian writers, TV networks, radio stations and universities. In 2013 she moved to the US, where she specialized in medical and court interpretation and proofreading.

Linda has gained experience as a personal tutor/teacher of Italian and English for over 10 years in several schools and companies. She enjoys teaching languages through music as an effective learning platform. In her free time, she loves singing, dancing, practicing yoga and traveling. 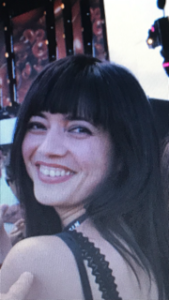 ELISABETTA FRANCHI is an interpreter, journalist, professor of Italian language and literature, and cultural liaison. Born and raised in Italy, she has taught languages in many parts of the world, including Japan and South Korea, where she was appointed to teach through the Italian Cultural Institutes and Consulates of Tokyo and Seoul.

She has taught at many prestigious American institutions including Hampshire College and the Dwight School. She currently teaches at Brooklyn College and Our Lady of Grace Catholic Academy in New York City. She develops and writes and teaches dual language programs.

As an interpreter and translator, Elisabetta has worked for many high profile people and institutions. Among these there are:  American Academy of Rome in Rome and New York, Drue Heinz Trust, Mark Kostabi. As a journalist Elisabetta has worked for Roxy Bar Italia and Radio Roma. Elisabetta is a graduate of Mount Holyoke College in Romance Languages, where she was a Frances Perkins Scholar. Elisabetta is fluent in English, French, and Spanish.She likes yoga and meditation, and also loves devoting her time in organizing artistic events for kids.

BARBARA MARCIANDI, born and raised in Milan, graduated in Public Relations and Business Communication from the IULM University, a private university in Milan. Barbara is a tutor of Italian language and history, designs and implements lesson plans using audio and visual resources, interactive games, group projects, films, and music. Passionate about Italian language and culture, she promotes learning through fun, engaging, and educational experiences, and uses Italian dialects to support linguistic acquisition and cultural competence.

Barbara’s experience is diverse, demonstrating a keen interest in children from varied backgrounds.  She’s been a volunteer, helping to educate economically disadvantaged children in order for them to improve their culture and status.

A passionate self-starter, cross-cultural specialist, writer, and experienced blogger, she creates fresh, original content about lifestyles and cultures. She presently resides in Manhattan with her husband and their four children. 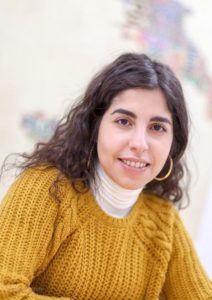 GRACE PROCOPIO was born and raised in Milan. At age 4 she was assigned a private English tutor who later became her mentor and who instilled in her a love for languages. In 2010 Grace was admitted at the University of Glasgow in Glasgow, Scotland, where her interests focused primarily on Philosophy, Theatre, Spanish, French, and Russian.

Her teaching experience began when her mentor started passing onto her private clients who needed help practicing their English-speaking skills or prepping for tests. Having taught English for the past decade, Grace decided it was time to get certified to start teaching her native tongue. She received a certificate from the University of Siena and started her career as Italian teacher for English speakers.

In 2015 she moved to New York to train at the Atlantic Acting School and graduated from their conservatory program in December 2017. 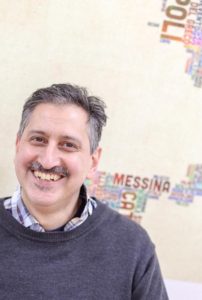 DANILO SECCHIAROLI, born and raised in Rome, Danilo is a trained and certified ISL teacher by the University of Siena and the Dilit International House of Rome.

He taught Italian at the National University and the Music and Arts Academy of Ulaanbaatar, in Mongolia.
Afterwards, he returned to Rome and worked there with undergraduates studying abroad at Loyola University, Prolingua International School, Upter University, and Dilit Language School.

In 2014, he moved to Philadelphia, where he taught at the Berlitz School and Holy Family University. Danilo tailors his lessons to the needs and levels of his students through a guided discovering learning approach. His interactive methodology guarantees an effective and entertaining learning experience. In his free time, he loves playing soccer. He enjoys photography and playing drums. 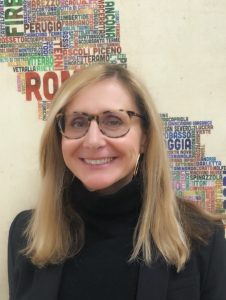 DILETTA TORLASCO was born in Milano and graduated in Political Science at the University of Pavia. She always nurtured a deep interest in languages and when she moved to San Francisco in the early 2000s she turned this love into a career. Diletta became a full time instructor of Italian language and literature, successfully teaching students of different levels and backgrounds. She then served as Executive Director of the Istituto Italiano Scuola, which during her nine-year tenure achieved status of leading Italian language school in the Bay Area.

Diletta co-developed and edited ‘Grammar Notes,’ a compendium of Italian grammar as a guide to her students. Her approach to teaching is both rigorous and highly communicative and incorporates her passion for history, current events and cinema. Now based in New York, Diletta continues to share her enthusiasm and experience with a all new group of students. In her free time she likes reading and going to the theater. She speaks Italian, English and French. She loves baking and running in the city to get to know New York better.

ELISA BOSCO, award winning and internationally recognized photo artist (www.elisabosco.com) and writer lives in Tuscany and New York. She is currently contributing to several publications and media covering a range of commercial and editorial topics including travel, architecture, interior design, and fine art.